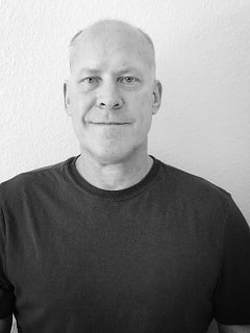 Brian Gotta is Founder and President of CoachDeck (www.coachdeck.com) which is the number one coach training resource in North America. He is also President of Upstart Sports (www.upstartsports.com) and author of Winning Secrets, a top-selling guide to coaching youth baseball.

His summer job for seven years in high school and college was coaching baseball in a community recreational program. He coached three games and one practice each day, five days a week, for eight weeks each summer, which equates to around 840 games or 42 twenty-game seasons of youth league baseball.

He then married and had four children – three boys and a girl, all separated in age by two years – and coached each of them in baseball and softball until they got to high school. His Little League coaching career spanned roughly 400 games and another 400 or so practices. He also coached travel ball for nine years, with teams sometimes playing another 70 games in a 12-month period, while also being at the helm for several seasons of his daughter’s softball. It would be conservative to estimate that he's overseen several thousand youth league games and practices.

In that time he's seen enough injuries and potential injuries that safety has become a passion of his. The purpose of this course is to share his experience so that all the children you're in charge of...and you...have a safe and enjoyable season on the diamond.
"Getting 50+ coaches together on one night to hold a safety training course is next to impossible, but the Safe Baseball safety course is the perfect
​alternative. Very informative and filled with everything you'll ever need to run a safe program. The best part is having coaches come back to you saying how much they didn't know before taking the course. I simply can't recommend this course enough, and the customer service and communication between myself and Safe Baseball is top-notch. They're there to help you along the entire process."
​- Peter.S., Little League President, Florida

"The safe baseball course was a fantastic tool for us. It gave the coaches a hands-on learning experience to dangers that may typically be overlooked. The information contained in the course was very helpful and helped our leagues run safely this past summer."
- Nick.R., Recreation Commission Program Coordinator, Kansas